Are Consumer Preferences Deep or Shallow?

John Hauser, because no one questions his expertise, is an excellent spokesperson for the viewpoint that consumer preferences are real, as presented in his article "Self-Reflection and Articulated Consumer Preferences." Simply stated, preferences are enduring when formed over time and after careful consideration of actual products. As a consequence, accurate measurement requires us to encourage self-reflection within realistic contexts. "Here true preferences mean the preferences consumers use to make decisions after a serious evaluation of the products that are available on the market."

However, serious evaluation takes some time and effort, in fact, a series of separate online tasks including revealed preference plus self-reports of both attribute-level preferences and decision-making strategies. We end up with a lot of data from each respondent enabling the estimation of a number of statistical models (e.g., a hierarchical Bayes choice-based conjoint that could be fit using the bayesm R package). All this data is deemed necessary in order for individuals to learn their "true" preferences. Underlying Hauser's approach is a sense of inevitably that a decision maker will arrive at the same resolution regardless of their path as long as they begin with self-reflection.

A more constructivist alternative can be found in my post on "The Mind is Flat!" where it is argued that we lack the cognitive machinery to generate, store and retrieve the extensive array of enduring preferences demanded by utility theory. Although we might remember our previous choice and simply repeat it as a heuristic simplification strategy, working our way through the choice processes anew will likely result in a different set of preferences. Borrowing a phrase from Stephen Jay Gould, replaying the "purchase process tape" will not yield the same outcome unless there are substantial situational constraints forcing the same resolution. 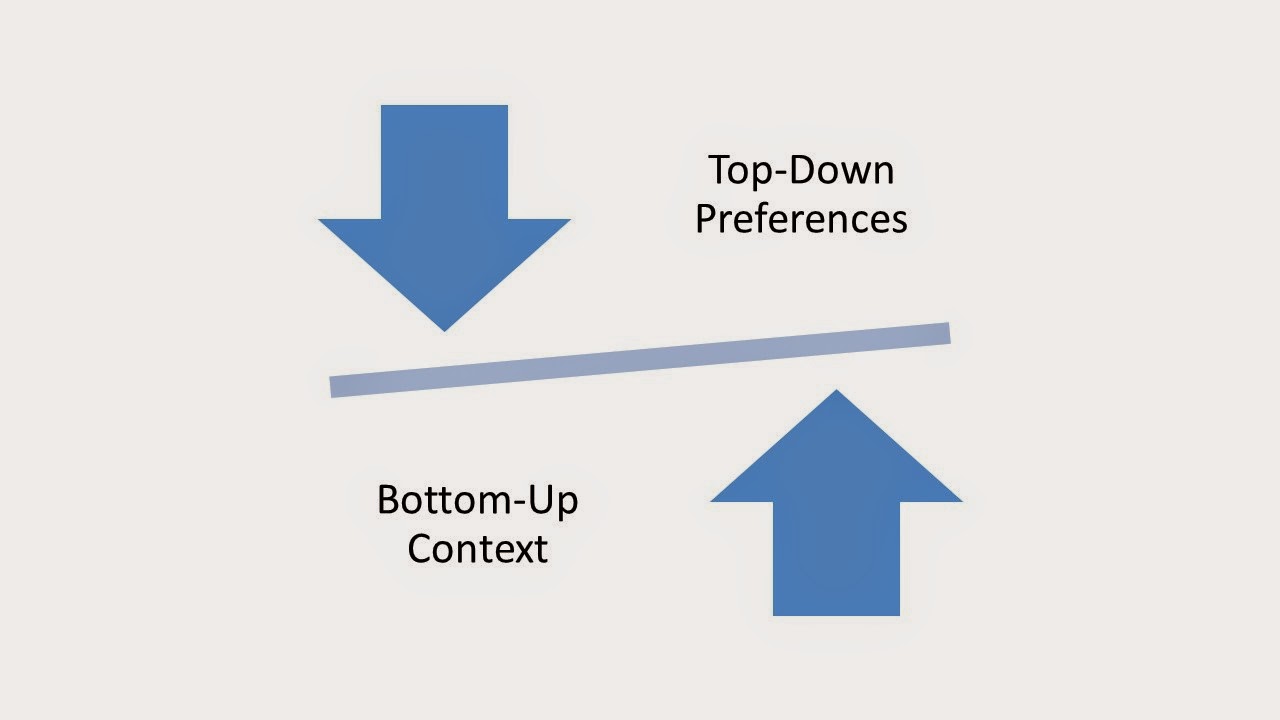 Do preferences control information search, or are preferences evoked by the context? Why would we not expect decision making to be adaptive and responsive to the situation? Enduring preferences may be too rigid for our constantly changing marketplaces. Serendipity has its advantages. After the fact, it is easy to believe that whatever happened had to be. Consider the case study from Hauser's article, and ask what if there had not been an Audi dealership near Maria? Might she been just as satisfied or perhaps even more happy with her second choice? It all works out for the best because we are inventive storytellers and cognitive dissonance will have its way. Isn't this the lesson from choice blindness?

Still, most of marketing research continues to believe in true and enduring preferences that can be articulated by the reflective consumer even when confronted by overwhelming evidence that the human brain is simply not capable of such feats. We recognize patterns, even when they are not there, and we have extensive episodic memory for stuff that we have experienced. We remember faces and places, odors and tastes, and almost every tune we have ever heard, but we are not as proficient when it comes to pin numbers and passwords or dates or even simple calculations. Purchases are tasks that are solved not by looking inside for deep and enduring preferences. Instead, we exploit the situation or task structure and engage in fast thinking with whatever preferences are elicited by the specifics of the setting. Consequently, preferences are shallow and contextual.

As long as pre-existing preferences were in control, we were free to present as many alternatives and feature-levels as we wished. The top-down process would search for what it preferred and the rest would be ignored. However, as noted above, context does matter in human judgment and choice. Instead of deciding what you feel like eating (top down), you look at the menu and see what looks good to you (bottom up). Optimal experimental designs that systematically manipulate every possible attribute must be replaced by attempts to mimic the purchase context as closely as possible, not just the checkout but the entire consumer decision journey. Purchase remains the outcome of primary interest, but along the way attention becomes the dependent variable for "a wealth of information creates a poverty of attention" (Herbert A. Simon).

Future data collection will have us following consumers around real or replicated marketplaces and noting what information was accessed and what was done. Our statistical model will then be forced to deal with the sparsity resulting from consumers who concentrate their efforts on only a very few of the many touchpoints available to them. My earlier post on identifying the pathways in the consumer decision journey will provide some idea of what such an analysis might look like. In particular, I show how the R package nmf is able to uncover the underlying structure when the data matrix is sparse. More will follow in subsequent posts.